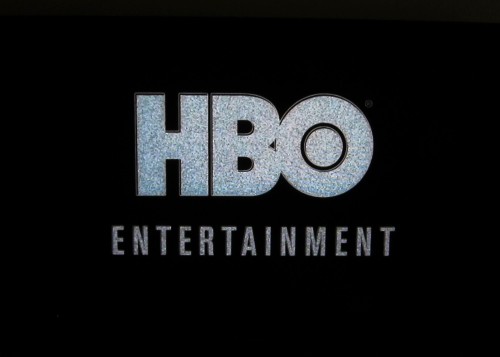 It seems like there’s no bigger name in television than HBO—no brand that carries more prestige, and surely none that gets talked about more frequently. The network just wrapped up the first season of True Detective, one of the most buzzed-about and fawned-over shows of the year; just the night before, Lena Dunham—creator and star of the popular and controversial HBO show Girls—hosted Saturday Night Live, surely a sign that she and her show have broken into the mainstream. All of this is to say nothing of the excitement felt over upcoming episodes of Game of Thrones, Veep, and more.

It is remarkable to think that these shows so dominate the current conversation about television—that articles and memes about these shows are so prevalent on social networks—despite the fact that, well, relatively few people actually have HBO, at least when compared to those who have basic cable or who simply have local channels. All of this makes one wonder: How do they pull off some spectacular word of mouth?

There are plenty of factors, of course, but we’ll submit to you that the HBO team has mastered many of the foundational principles of content marketing—and as such, there is much that we all can learn from them.

“It’s not TV, it’s HBO,” the company’s mantra has long been—in other words, what they’re offering us is something beyond the pale of what can be seen on “regular” television. HBO has always asserted its “otherness” in a variety of ways, but one of the foremost ways is its controversial content. In the earliest days, HBO was widely talked about for the frequent nudity and profanity in its shows; even now, there are ongoing dialogues and debates about the graphic content in Girls and in Game of Thrones. Not everybody approves of the graphic nature of HBO’s programming—but everybody is talking about it.

Does this mean you should employ graphic content or foul language in your content marketing? Absolutely not. What you should do, however, is remember the power of controversy. Do you have a point of view that differs from the other leaders in your industry? Share it on your blog. Do you have some tips or strategies that buck conventional wisdom? Illuminate them on your Twitter account.

Another reason why HBO succeeds is that it offers its viewers a feeling of exclusivity. Again, not everyone has HBO, so those who do feel like they are in on something special. There is certain prestige that comes from being able to talk intelligently about the finale of True Detective or what you think the last season of Boardwalk Empire is going to look like, without having to wait for the DVDs to arrive.

The Grammar Chic, Inc. team believes that exclusivity is an important concept in content marketing, too. Make your social media followers and fans feel like they are getting something nobody else is getting. Let them know they are part of a tight-knit community. Offer Facebook content that is exclusive to Facebook; offer Twitter promos that are only available to your Twitter followers; offer some behind-the-scenes glimpses on Instagram.

HBO has never shied away from bringing in big names—and that’s not just in terms of its stars (including Oscar winner Matthew McConaughey, multiple Emmy winner Julia Louis-Dreyfus, and more). The pilot episode of Boardwalk Empire was directed by no less a legend than Martin Scorsese—and his star power helped make that one of the most-watched debuts in the network’s history.

You can bring big names into your content marketing endeavors, too. Ask a big-name blogger or industry leader to sit down with you for an interview, or simply to write a guest blog. If that doesn’t pan out, interact with some of the person’s content on your own terms.

A final point, and perhaps an obvious one: HBO’s shows get a lot of attention because, according to most standards, they’re all pretty good. HBO is exacting in its quality control, and while you may not personally like all of their programs, it is hard to argue with the fact that Veep and True Detective and Boardwalk Empire are at the very least professionally written and well-acted, that they are both original and compelling.

There is no substitute for quality content, whether you’re trying to run a TV network or a content marketing campaign. To kick your content quality up to the next level, contact the Grammar Chic team today: Visit www.grammarchic.net or call 803-831-7444.

8 responses to “What HBO Can Teach Us About Content Marketing”