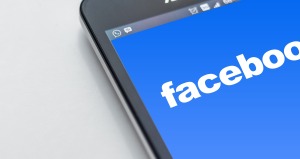 You’re probably familiar with the social media “Stories” that have been popular over the last couple of years—an idea pioneered by Snapchat, the Story has also found great success on Instagram. Basically, the Story is a temporary post where users can briefly share photos and videos from their day, along with captions, emoji, graphics, and more. These ephemeral posts disappear after a short span of time, yet their impact is sizable; Stories have been wildly popular among users of all kinds, including individuals, celebrities, and brands.

In an effort to keep pace with this popular new social media feature, Facebook introduced its own version of Stories earlier this year. It hasn’t gone over well. Just open your Instagram or Snapchat apps and see how many Stories you see; then open Facebook and count the Stories you find there. Chances are, you’ll find the Facebook number to be pretty lame, comparatively.

But Facebook isn’t giving up on Stories. In fact, it’s expanding them. Now, it’s not just individual users who can share Stories. You can share Stories from a branded page, too—even from your small business page.

Obviously, Facebook hopes this will kick up the popularity of its Stories feature—but whether this gamble is successful remains to be seen.

It’s worth noting that, according to Facebook’s own product managers, this push for expanded stories has been met with some demand. A lot of people in the community want pages to have their own Stories, it seems—so perhaps a new wave of branded storytelling is coming.

Then again, Stories are closely associated with Instagram and Snapchat, and it could be argued that they simply don’t align with the Facebook experience; most of us don’t sign into Facebook to check out the latest Stories, and seeing a bunch of brand storytelling isn’t likely to change that—especially not when our real-life friends aren’t also posting Stories for us to consume.

If you’re interested in using the Stories feature on social media, you might have better luck starting out on Instagram or Snapchat—at least until Facebook’s feature proves its mettle and its staying power.

By contrast, to use Facebook effectively, you don’t necessarily have to jump on this new trend. There are plenty of ways to find success using organic posts and Facebook Ads. We’d love to show you how.

For now, we’ll take a wait-and-see approach to Facebook Stories. Know that the option is there for you, but also know that there are plenty of ways to promote your brand on Facebook.