The team at Grammar Chic has had the privilege of working with Charlotte-based academic tutoring service, Crafting Scholars, for close to five years. In that time, we have created, managed, and administered everything from their email newsletters and their social media feeds to their ongoing blogging and other one-off content writing needs.

So, when Crafting Scholars President, Kris Harris, reached out to us in the middle of November with an urgent request, we didn’t hesitate.

Kris explained to us that they wanted to promote an ACT/SAT Diagnostic Testing Service designed for students who are trying to figure out just which test is right for them. With all of the craziness that the COVID-19 pandemic has presented to students as they work to stay on track, and in order to hopefully boost year-end and early 2021 sales for Crafting Scholars, Kris believed that this promotion would be timely and beneficial to his company’s clients—as well as his business. Like many businesses, the time between Thanksgiving and New Years can be slow—and therefore, challenging.

Sitting down to strategize with him, we decided to create content for a series of social media posts, graphically design a direct mail piece, craft a press announcement, and also draft a series of email blasts that would go out to the Crafting Scholars’ client list as well as prospects.

Ultimately, because time was of the essence, we got right to work—and fed content to Kris for him to review and approve.  After a bit of tweaking and back and forth collaboration, we had the final products ready. Then, we subsequently got everything scheduled to be deployed at regular intervals during the first and second weeks of December.

During the week between Christmas and New Year’s, Kris reached out to our office. Frankly, his elation was contagious as he communicated the results that had been achieved through this ASAP, at-a-moment’s notice marketing campaign.

“We have already closed five deals,” Kris said.  “Just in that short amount of time!  That’s worth $10K to our business. You guys are simply the best. Thank you so much!”

Indeed, while we were speaking with Kris on the phone, a sixth deal closed, bringing the return on his small investment with Grammar Chic to over $12K in revenue to his business.  That is an absolutely huge boost during any time of year to any small business—let alone the holiday season during a pandemic.

The team at Grammar Chic couldn’t be more pleased with the results that were achieved with this marketing campaign for Crafting Scholars. Their success, ultimately, is our success, and we could not be happier that Kris and the Crafting Scholars team placed their trust in us with this very important task.

Extra kudos go out to Grammar Chic Senior Writer, Megan Saylor, who crafted all of the content used in the campaign, and to Courtney Wright, our Business Manager, for expertly organizing and coordinating all social media posts, email blasts, press releases, and more to ensure everything was deployed seamlessly and without a hitch.

If you are considering a special marketing campaign or are even looking to boost your digital or traditional marketing presence in 2021, the Grammar Chic team would love to speak with you. Reach out to us and let’s start a conversation.

4 Reasons Your CTAs Are Falling Flat 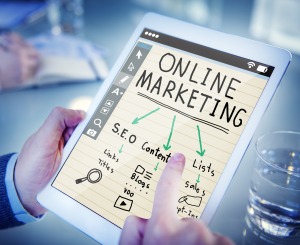 Every piece of marketing content you write—every blog post, every email, and every Web page—should have a clear call to action. The CTA serves a simple yet pivotal role in telling your readers what steps they should be taking next—whether that means buying a product, calling for an appointment, signing up for your email list, or simply sharing your post with their friends.

But not all CTAs are created equal—and if your calls aren’t generating action, it could be for any number of reasons. Here’s a quick troubleshooting guide.

You forgot the action part.

This is more common than you might think. It’s common to assume that the CTA is any short, snappy wrap-up to your content—but the goal of the CTA isn’t to summarize; it’s to encourage your readers to take the next step. So if your CTA doesn’t include a clear verb, calling your readers to action, then it’s simply not doing its job.

Some examples of basic, effective CTAs:

Notice that each one starts with a verb, and each one leaves little doubt as to what you want the reader to do next.

Your verb choice is weak.

Speaking of verbs, it’s important to pick some really evocative ones—yet all too often, we see CTAs written with bland, boring verbs like these:

Though these technically qualify as action words, they’re hardly motivating. Aim for something a little more exciting! Some of our favorite CTA verbs include discover, explore, and start your journey—e.g.:

You forget about benefits.

It’s not enough to tell people what to do; you also need to tell them why they should do it. In other words, what’s in it for them?

A good CTA conveys real value—like in these examples:

Your CTA is too long.

Finally, remember that the hallmark of a strong CTA is that it’s short and snappy. You don’t need to rehash your entire sales pitch; just get to the point. There’s no reason for your CTA to be any longer than one to two sentences, clearly laying out the invitation and the benefits, then moving on.

Though a CTA is brief, there’s a lot of strategy that goes into writing one—and that’s where we come in. Our writers have ample experience crafting CTAs that generate measurable results. Learn how our team can make your CTAs exponentially more effective; contact Grammar Chic, Inc. at 803-831-7444 or www.grammarchic.net.