How to Write a Query Letter – Part 2

Last week I shared some information about how to write a query letter and covered some definite dos that any writer who has a manuscript must accomplish when introducing their work to an agent or publisher.  This week, I’m going to cover the second part of the topic: things you definitely should avoid if you ever hope to woo the powers that be and inspire any sort of interest in your book.

When Writing a Query Letter, Absolutely Avoid the Following…

Query letter writing might seem intimidating, but really, if you stick to basics, focus on what you are looking to achieve (selling your manuscript) and keep a bit of humility, you’ll be alright.  The team at Grammar Chic knows the perfect formula for query letter writing and would be excited to learn more about your manuscript!  Contact Grammar Chic today by calling 803-831-7444 or sending an email to info@grammarchic.net.  Look for more writing tips and tricks by following us on Twitter @GrammarChicInc or giving us a “Like” on Facebook.

Tagged as how to publish a book, how to write a query letter, professional writing services, query letter writing tips, traditional publishing

How to Write a Query Letter – Part 1 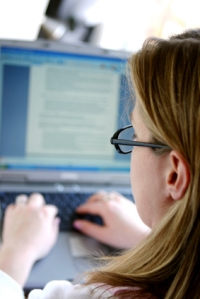 Writing a manuscript, and committing your words to paper, is truly an act of love.  Engaging in this type of work shows dedication and as much as any person might say that they do this because they love to write, indeed, there is something else there as well.  Few people simply write a manuscript for the sake of doing it and you probably have the end goal in mind of someday getting that manuscript published.

In order to get an agent to say, “Love your idea, I would be happy to read your manuscript,” you need to WOW them with a well-thought-out query letter.  It’s true that query letters can generally vary depending on who you are sending them to and the guidelines the agent wants you to follow (i.e. depending on if your work is fiction, non-fiction, etc.). But really, the basic elements remain primarily the same.  I have compiled this list of five tips that you should follow when creating your query letter:

Next time, I will go over query letter don’ts, because those are equally as important to be aware of.  In the meantime, if you have questions about what makes a good query letter, require assistance writing the document or if you need a set of eyes on your letter before you send it out, contact Grammar Chic, Inc.  We have been able to help a variety of authors find query letter success and would be happy to assist you. Call 803-831-7444 or email info@grammarchic.net right now.  Don’t forget to follow our team on Twitter @GrammarChicInc!

Tagged as how to publish a book, how to write a query letter, professional writing services, query letter writing tips, traditional publishing